Japanese Diplomatic Reports on the Persecution of Jews in Europe

When considering Japanese diplomatic reports relating to the persecution of Jews in wartime Europe, a number of factors must be taken into consideration: the Japanese diplomatic presence after the outbreak of war in 1939, the loss of wartime records at the end of the war, and particular concerns (or lack of) about Jews in Europe that influenced the content of Japanese reports and policy.

Before the outbreak of war in Europe in 1939, Japan maintained diplomatic establishments in many European countries that consisted of embassies and consulates. However, after Nazi Germany’s Anschluss of Austria, annexation of Czechoslovakia and occupation of Poland and other parts of Europe during the war, Japan closed a number of embassies and consulates. This also happened after the Soviet annexation of Baltic states in 1940. Consequently, Japan’s diplomatic presence in eastern Europe where the Jews were persecuted and killed by the Nazis was reduced considerably.

Nonetheless, the fate of as well as attitudes towards the Jewish population in countries ally to or occupied by Germany, were mentioned in reports to Tokyo. Compared to other reports in this edition, however, the references towards the situation of Jews in occupied or allied countries are oftentimes significantly shorter.

Consul Yamaguchi on the situation of Jews in Vienna 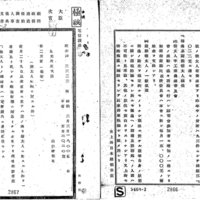 Yamaji Akira on the situation of Jews in Bulgaria in 1943 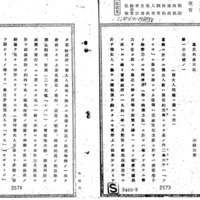 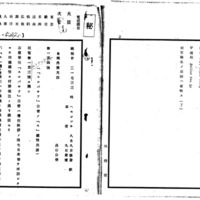 An exception to these rather short and oftentimes vague renderings, is the report “Conditions in German-occupied Former Polish Territory”. Produced in April 1941 and kept at the Diplomatic Record Office, Tokyo, the report was the third one in a series. No information, however, is available about the first two.

Its author is a junior Japanese diplomat named Maruo Itaru. Born in 1914, he qualified for the foreign service in 1935 and was immediately assigned to study in Warsaw. In July 1937 Maru was appointed as a diplomatic clerk (shokisei) in the Japanese embassy in Warsaw. After the German invasion of Poland, Maruo was re-assigned to Germany in November 1939. Later in the war he served in the Japanese Consulate in Hamburg. He returned to Japan after the war.

Maruo visited Warsaw from 7-19 January 1941. Since he had been in Poland for over four years for study and work before his departure for Germany in late 1939, it is likely that he had cultivated local contacts. He apparently based his report on the information provided by some of those contacts, including underground agents. It is not clear whether Maruo also wrote the other two reports.

The 157-page report is divided into five parts, which are then further divided into sub-sections. Usual for an official document produced by Germany’s close ally, the report was highly critically of Germany’s policy of human and material destruction in occupied Poland against the Jews and Poles. The harshest criticism was about Nazi Germany’s policies of cultural suppression and forced labor.

Compared with its Axis ally Germany, wartime destruction of Japanese official documents was extensive. In addition to those lost due to aerial bombing and fire, when Japan finally decided to surrender in mid-August 1945, it ordered the destruction of sensitive documents. It had considerable success as the first Allied forces did not set foot on Japanese home islands until nearly two weeks after the war’s end. The destruction of military documents was particularly extensive. Many of Japanese Foreign Ministry (MOFA) documents did survive, however. Most of them are currently open to the public at the MOFA’s Diplomatic Record Office. Outside Japan, a very small number of documents were recovered from Japanese embassies in Vienna (consulate after 1937), Berlin and its Consulate General in Hamburg.

During the war, the Allies conducted extensive signal intelligence against the Axis powers. They succeeded in capturing a large portion of the diplomatic and military communications between Tokyo and its overseas missions. Although some of the documents destroyed during and at the end of war were among the intercepted, the Allies gave highest priority to communications relating to military operations. Those Japanese communications of a non-military nature, especially dispatched outside Germany, were of the lowest priority and were often un-translated. After the war, all the intercepted originals were destroyed. Among those translated, such as the MAGIC intercepts of Japanese diplomatic messages, while the issues of Jews were mentioned rather frequently, they reported nothing on the concentration camps or massacres. This is confirmed by historian Robert Hanoyk of the National Security Agency who had examined Allied communications intelligence operations and reports during World War II extensively in his book Eavesdropping on Hell.[3]

Japanese attitude toward the Jews has received considerable attention in recent years. Apart from those on Japanese diplomat Sugihara Chiune who issued thousands of transit visas to Jewish refugees while serving as Acting Consul in Kaunas, Lithuania, a few publications focused on formulation of official policies toward the Jews. Two important factors were at play: the influx of Jewish refugees from Europe after 1938 as well as Japan’s alliance with Germany (first in Anti-Comintern Pact in 1936, Tripartite Pact in 1940).[4]

Toyohara Yukio on the persecution of Jews in Germany in 1940 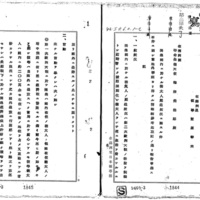 After Japan invaded northeastern China (Manchuria) in 1931 and subsequently withdrew from the League of Nations, a few Japanese advocated working with Jews in Europe and Asia. Businessmen like Ayukawa Yoshisuke proposed inviting Anglo-American Jews to invest in Japanese-controlled Manchukuo, while several Japanese military officers explored the scheme of inducing Jewish refugees from Europe to settle in Japanese-controlled area, with the financial assistance from the Jewish diaspora in the United States and Britain. These policies were intended to help finance Japan’s industrialization plan and to transform its prairah status. Against this background, the Japanese Cabinet adopted an official policy toward Jews at the end of 1938, claiming Jews would be treated without discrimination.[5]

After the German invasion of Poland, an increasingly large number of Jews sought to escape from Nazi persecution in Europe and to seek safe haven elsewhere.  Many sought to transit through Manchukuo or Japan Proper to reach Shanghai or a third country. 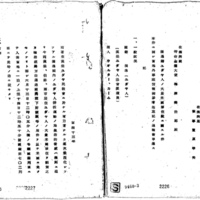 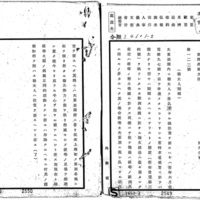 Alarmed by the influx of Jewish refugees, the Japanese government adopted the “Policy on the Entry of Jewish Refugees” in October 1939,[6] stipulating that only those with visas to third countries and sufficient funds could obtain transit visa through Japan. Sugihara Chiune issued transit visas to Jewish refugees in violation of this official policy, while a few other Japanese diplomats expressed dismay at the new restriction. The signing of the Axis Alliance signaled the sidelining of the faction inside the government in favoring of making use of Jews. The German invasion of the Soviet Union in mid-1941 effectively removed the issue of Jewish refugees coming from Europe. Finally, after its declaration of war against the United States and Britain in December 1941, Japanese Government revised its policy toward Jews because the incentive of inducing (Anglo-American) Jews to invest in Japanese-occupied Asia and cultivating their goodwill no longer existed. Nevertheless, it had to deal with the presence of Jews in a vast area now under its control.

Existent Japanese diplomatic documents show that beginning from the earlier 1930s, the Japanese Government engaged in extensive discussion concerning Jews in Europe and elsewhere. Many of these documents are collected in a 13-volumn set within the Documents on Issue of Nationalities that is devoted to the Jews.[7] The majority of the documents date before the German invasion of USSR. Apart from this set, very rarely is the Jewish issue mentioned in the scarce Japanese diplomatic reports from wartime Europe that have survived.

In many of Japanese diplomatic establishments army and navy attaches gathered information and dispatched reports, not to the Foreign Ministry, but to army and navy general staff. In addition, Japan established special diplomatic and military missions in Berlin and Rome after the signing of the Axis Alliance in 1940. Most of their records seem to have been lost. A cursory examination of the Allied intercepts reveals that they are primarily with military matters. Although further research is needed.

The selection of documents is based on the extensive search for existent Japanese diplomatic documents pertaining to the persecution of Jews and the Holocaust in Europe. Unless specified otherwise, all selections come from the Diplomatic Record Office in Japan and the online portal Japan Center for Asian Historical Records (JACAR).

[1] I’d like to thank Hatano Sumio (Japan Center for Asia Pacific Historical Records) and Atsuta Miruko (Diplomatic Record Office, Japan) for meeting with me and offering helpful advice during my research visit to Japan. I also thanks Professors Katja Schmidtpott (Bochum), Katazyna Starecka (Warsaw), and Joanna Guzik (Krakow) for sharing their work relevant to this report. Throughout this report, all Japanese names are spelt with family names first.

[2] Following Japan’s surrender in August 1945, all Japanese diplomatic establishments closed per order of Supreme Commander of Allied Powers (SCAP) dated October 25, 1945, stipulating all property and documents to be turned over to the United Nations.

[7] Minzoku mondai kankei zakken: Yudayajin mondai [Documents on the Issus of Nationalities: The Jewish Issue] JACAR B04013207600-10500. The Japanese term 民族minzoku is close in meaning to the German volk, and is usually translated as “nationality,” “nation,” or “ethnicity.” The USHMM catalogue translates the term as “ethno-nationality.”